Closing Up the Cabin for Winter
🔍
Sign-In
☰

Closing Up the Cabin for the Season

Closing up the cabin for cold days ahead? Check and make sure you've completed everything before it's too late. 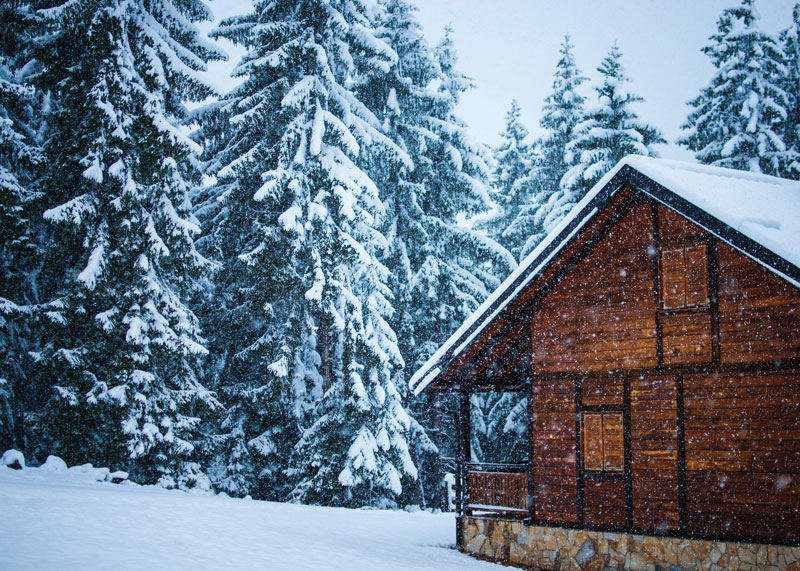 Photo: Ivana Djudic on Unsplash
Hiking down a trail as leaves crunch beneath your feet, pulling on a fleece jacket before manning the grill, warming the night with a crackling fire in the firepit–these are all welcomed signs of cabin life continuing beyond summer. It wasn’t always this way. In days past, September meant kids returning to school and cabin owners closing up their getaways until spring. But still, closing up the cabin is not what it once was–at least not for all families. Sure, some owners still tightly button up their cabin after Labor Day, not to return until May. But, increasingly folks are finding alternatives to locking up their investment for a good portion of the year. Whether you’re gone during winter or visit your place throughout the year, there’s still some preparation to be done for winter.
Here's a handy to-do list to start checking off now:

(Adjust as needed for your climate and your frequency of winter use.)

Battening Down the Hatches


Bill Rafalko, from Scranton, Pa., admits to being trained to close the family cabin, which is situated on Lake Winola in northeastern Penn­sylvania. Their cabin was a three-season place and was not winterized.

“When I was a kid and we were preparing the cabin for winter, my dad was always telling me to crawl under this thing or that,” recalls Bill with a chuckle. “I was in some pretty nasty spaces.” But through all the muck, Bill learned a thing or two – like how to drain the pipes by attaching a hose to the lowest point in the plumbing and blowing out any water with an air compressor. He also learned to pour a small cupful of RV antifreeze into toilets to displace trapped water – and then sponge out the tank to prevent the porcelain from cracking.
Taking Precautions

Bill’s father also taught his son proper season-ending safety precautions, such as storing firewood at least 30 feet from the home, raking away leaves from the cabin’s perimeter and cleaning out the gutters. Those fire prevention tips belong on the autumn to-do list of anyone living in a forested area, whether you’ll be travelling back next weekend or next spring.

Topping the list of “must-dos” for those away long term is cutting the water supply to ensure that a leak won’t develop. Even a small leak can become a huge problem.

“The U.S. Geological Survey estimates a gallon to be roughly 11,350 drops,” says Tully Lehman, of the Insurance Information Network of California. “If you’re away from your cabin for six months with a small leak dripping the whole time you’re gone, by the time you return, almost 1,400 gallons of water will have dripped out. Not something you want to come back to!”

You also want to avoid returning to a cabin that’s been invaded by curious critters. In fall and winter, they’re looking for someplace warm and comfortable too. You know what they say: “The best defense is a good offense.” Check for air leaks around electrical wiring, windows and doors, and use caulking or insulation to plug up any holes or gaps in the cabin’s exterior to keep pests from entering.

Stash away any items that foraging winter wildlife might find appealing, such as bird feeders and boxed and bagged food items. Store linens in plastic bins and place fabric softener sheets and/or mothballs around the interior of the cabin to deter mice. Traps are another option, though deciding which to use can cause friction in a household.

“I like the traps called “Havahart” – where you release the animal unharmed back into the wild,” says Bill. “My wife, Gerie, on the other hand, loves this stuff called ‘Sudden Death.’” They tried Bill’s humane traps first, but that came to a screeching halt when Bill absent-mindedly left a trapped mouse in the back of Gerie’s car. 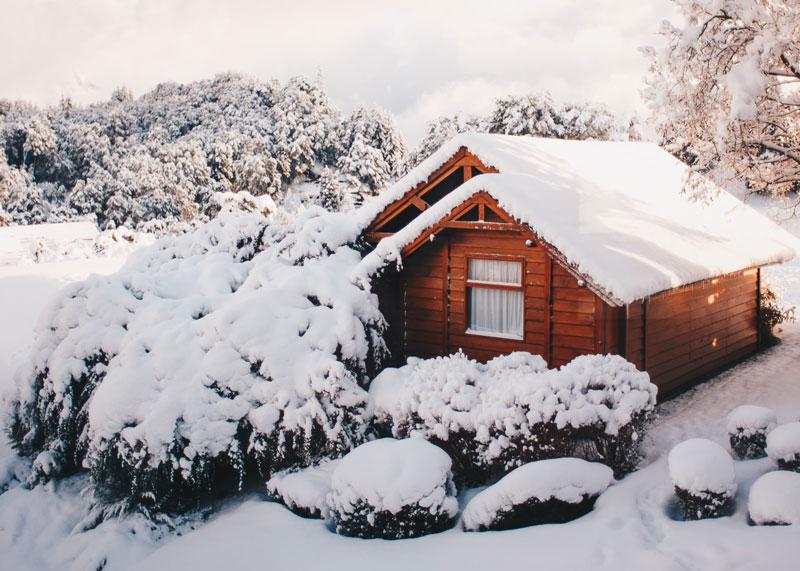 Keep Some Eyes on Your Prize


Whether you’re away for a few weeks at a time or all winter long, you want to be able to monitor your place for peace of mind. Freeze alarms can be configured to monitor temperature sensors and heating and cooling systems. If your cabin’s in a remote location that suffers frequent power outages, be sure to buy an alarm unit with rechargeable battery backup.

Of course, if you’re away for extended periods, nothing beats having someone take care of your property so it doesn’t scream “Nobody Home!” Many cottage care businesses offer services such as cleaning, gardening, lawn mowing, leaf raking and snow removal (key since decks buried in snow can buckle under pressure, and some roofs are susceptible to damage from ice dams).


“We check on the property and alert owners to fallen tree limbs, animal intrusions or burst pipes,” says Donna Goff, owner of Mountain Aire Cottage Care in New Milford, Pa. “We try to catch problems before they turn into full-blown disasters.” For example, last winter the heat was out at one of her clients’ cabins. So in the middle of a snowstorm Goff met up with the fuel company to get the furnace started again before the pipes burst.

Call on Your Friends


Another alternative is to strike a deal with friends. Gary and Jackie Gillings of Union Pier, Mich., were thrilled when their long-time golfing buddies – who only used their place seasonally – asked them to “babysit” their cabin from Sept­ember through May.

“It’s a great arrangement for everyone involved,” says Gary, who spends most fall, winter and spring weekends at the cabin located north of Grayling, Mich. “Our friends are happy their property isn’t sitting vacant. And we get to use the place for cross-country skiing, snowmobiling and sledding.”


To show their appreciation, the Gillings pay the utilities and chip in on taxes; they also install and re­move the dock each year, put their friends’ pontoon boat on the lake each spring and professionally clean the carpets prior to their friends’ early June return. “They say that the place looks better when they return than when they left,” Gary says. 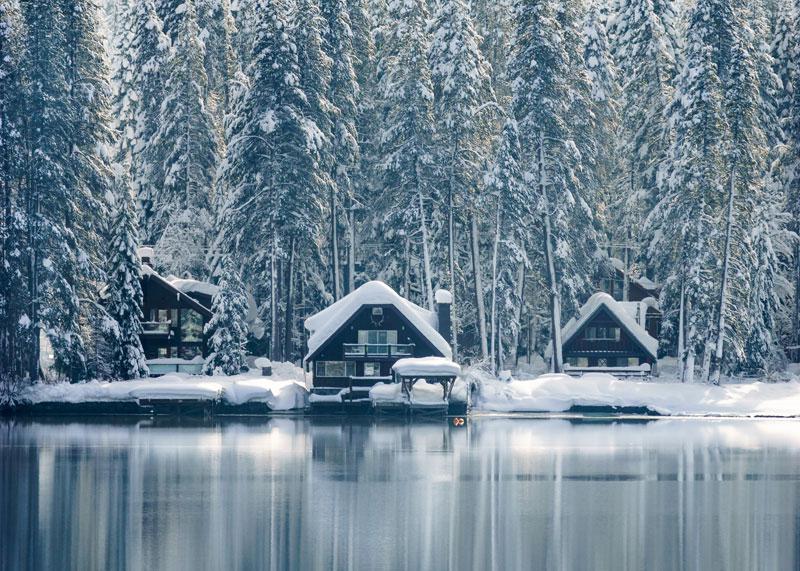 
If you do close up for winter, there’s nothing like a thorough routine and checklist to make sure nothing is missed. “It was my father who created and staunchly taught me the meticulous step-by-step opening and closing routines,” says Kent Byus of Corpus Christi, Texas, who owns a cabin just outside of Ruidoso, N.M., in the Lincoln National Forest.

Several summers ago, upon arriving at their mountain getaway, the Byuses detected the faint odor of what they assumed to be natural gas. A professional assured them that no dangerous gas was present, so they dismissed the smell. Then the following winter, the Byuses noticed that the place wasn’t warming very well.

It wasn’t until the summer of 2006 that the family uncovered the root of all problems – a 35-pound, havoc-wreaking raccoon who had apparently made its way in by opening the foundation skirt and squeezing in between the panels.

The theory is that for at least two winter seasons the raccoon had made himself at home, entering and leaving at his convenience. During that time, he had torn away two of the conduits that connected the furnace to the cabin’s vents (hence, the seemingly inefficient furnace). In addition, nearly half of the 1,000-plus square feet of insulation had been reduced to torn tiny pieces. And, “Rocky the Raccoon” (a name chosen by Byus’ son and his friends) had pulled, tugged, pounced on and otherwise leveraged the sewerage line, causing at least two years of waste to be deposited under the cabin instead of being drained into the septic tank (hence, the odor).

Rocky’s quest for shelter cost the Byuses $8,000-plus in repairs. Now that they’ve properly shielded the foundation from future four-legged invaders, the Byus’ mountain sanctuary is a formidable fortress.


“Thanks to Rocky’s raid, we have a heightened sense of details that we wouldn’t otherwise appreciate,” says Kent. “During opening and closing weekends, we look closer, inspect more and take greater precautions with things that appear out of the ordinary.”


Four years ago, Steve and Lorraine Pollack of Lawrenceburg, Ind., bought a 1,700-square foot chalet near the Smoky Mountains in Pigeon Forge, Tenn. They visited over spring and summer breaks to fish, raft, shop and relax. But they don’t have to mess with any mundane close-up activities because they rent out the chalet year-round using a rental service, which splits the profits 50/50. The Pollacks are pleased with the set-up because they get to use the place whenever they want without having to deal with the headaches of maintaining or repairing the property; the management company takes care of all that.

“They send us a monthly check, minus the cost of repairs,” says Steve. “It’s hassle-free.”

Most seasonal cabin owners agree that it’s not so much the hassle of closing up that bothers them but rather what closing up symbolizes.


“The closing ritual marks the end of summer socializing, the beginning of cooler temperatures,” says Bill. “And,” he adds solemnly, “the re-emergence of Sudden Death.”
See also: Small Cabin Heaters–What Are Your Options? 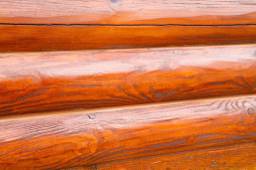